December, 2019 saw 7 new NHL signatures arrive in the mail. The total of unique NHL player autographs in my collections now stands at 6,424.

In addition to this mail post, December saw a little housekeeping get done and I've posted the 2017/18 year of debuts as well as my NHL officials autographs. 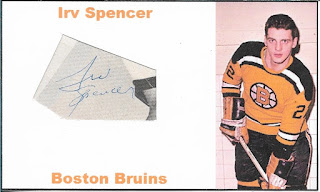 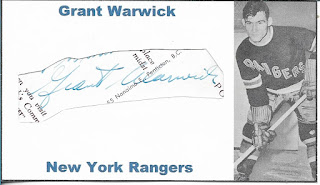 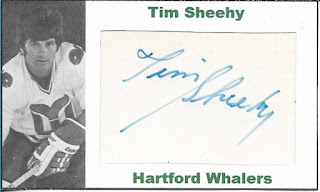 Tim Sheehy
During the 1970's, Tim Sheehy played over 400 games in the WHA between the New England Whalers, Birmingham Bulls and Edmonton Oilers. From 1977 to 1980 he played 27 games in the NHL between the Detroit Red Wings and Hartford Whalers. Internationally, Sheehy won Silver at the 1972 Olympics with the United States. 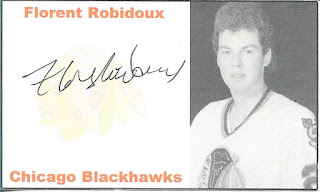 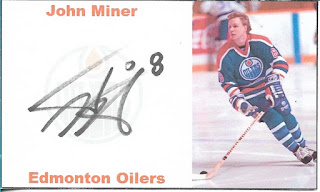 John Miner
John Miner scored 2 goals and 5 points in 14 career NHL games with the 1987/88 Edmonton Oilers. He was carried as a reserved during the playoffs when Gretzky's Oilers captured the '88 Stanley Cup but it wasn't enough for Miner to get his name on the Cup. He's also notable for being part of the trade that sent Gretzky to the Kings. 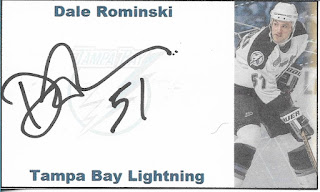 Dale Rominski
I was thrilled to get this one back. I've tried sending to Rominski a number of times of the years and this one was at an addresses I'd tried a couple times before. Finally got in touch with him (Thanks again Dale!!) and added the last autograph I needed to complete the 1999/00 season of debuts. Rominski was an undrafted University of Michigan grad who played just 2 seasons of pro hockey, including 3 NHL games with the 1999/2000 Tampa Bay Lightning. 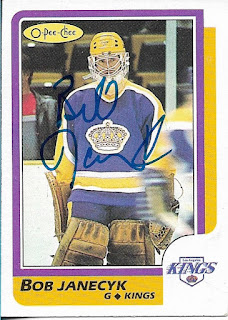 Bob Janecyk
During the 1980s Bob Janecyk backstopped over 100 NHL games between the Chicago Blackhawks and LA Kings. He's been a scout with the Ottawa Senators for the past two decades. 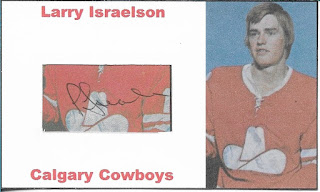 Larry Israelson
A Notre Dame alumni, Larry Islraelson scored 22 goals and 53 points in 105 career WHA games between the Vancouver Blazers and Calgary Cowboys. Isrealson goes into my collection of players who played in the WHA but not the NHL. 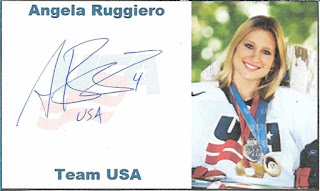 Angela Ruggiero
Angela Ruggiero is one of hockey's most notable female players. She's a four time Olympic medalist who was a long time member of USA's International team. She briefly played for the CHL's Tulsa Oilers in 2004/05, a men's professional hockey team. That makes her the second female other than Haley Wickenheiser to play a forward/defense position in men's pro hockey. She was inducted into the Hockey Hall of Fame in 2015. This goes into my collection of female hockey player autographs. 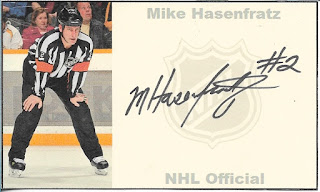 Mike Hasenfratz
A one time police officer and private investigator, Mike Hansenfratz has been a regular NHL referee since 2000. 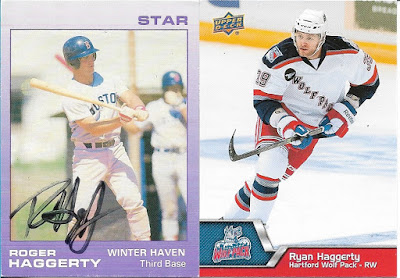 Roger Haggerty
Roger Haggerty spent four seasons playing professional baseball in the Boston Red Sox organization. His son, Ryan Haggerty, is a pro hockey player who is in his 6th year in the AHL. This goes with my surprisingly large collection of baseball player signatures with a hockey connection.